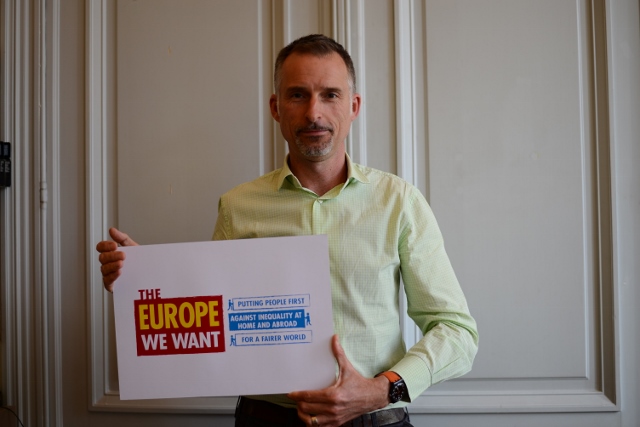 In the days to come, millions of EU citizens will have the opportunity to cast their vote on a new European Parliament. EU citizens in the Netherlands and the UK will begin tomorrow, 22 May.

The latest polling results, which can be found here, have shown a worrying rise in voting for extreme right and populistic Eurosceptic parties, particularly in France, with the Front Nationale expected to receive the largest percentage of votes. The rise of extreme right parties can also be seen in the Netherlands, where Partij voor Vryheid (Party for Freedom) are expected to win the second largest number of seats. In Germany, Alternative für Deutschland (Alternative for Germany) are set to receive nearly 7% of the vote, despite only being established as a political party in 2012. Having a group of European Parliamentarians (MEPs) coming from these parties in the next European Parliament could endanger values of solidarity, equality, tolerance and human rights.

In terms of the overall composition of the new Parliament, it still seems too close to call between the EPP and S&D parties, with only a handful of votes separating the two in the latest polls. Neither party will be close to a total of 376 needed to secure their candidate for the European Commission Presidency, so it seems that a great deal of bargaining is going to be needed by both parties in order to secure the support they need.

Why voting in the EU elections matters?

This may be one of the most important EU elections in the European Union’s history. With a growing number of problems for Europe to solve, at home and abroad, these elections are the chance for Europe to decide how they are going to tackle the challenges we face as Europeans. This is our chance as citizens to say that we want to choose a Europe that is more united, more determined to tackle inequality, injustice and poverty together. The European Parliament is the only democratically elected institution of the European Union, with the elections every 5 years.

In the face of the mounting challenge from Eurosceptic parties at home, who seek to undermine the EU through challenging its ability to act decisively and with authority, it is important that we use the power we have as voters to help create the #Europewewant for the world we want and need, to solve the issues of tax justice, climate change, policy coherence for development, sustainable resource usage and to create a brighter future for all.

The European Parliament has a significant impact on European development policies but it also co-decides on the EU budget and monitors the use of EU funds for international development. Furthermore, these elections are particularly important because, for the first time, the composition of the new European Parliament will determine who will lead the next European Commission, the EU’s executive body. So, we all have a say on who this person will be.

Also, in the autumn, the new European Parliamentarians will approve the new set of commissioners in the commissioner hearings. It is crucial to have a strong EC development commissioner who will steer the negotiation processes of the EU Member States for the new global framework and who sees tackling the root causes of current and future global challenges as the core of their mandate. You can see below what Mr. Klaus Rudischauser, Deputy Director General at DG Development and Cooperation,  thinks should be a priority for the next Development commissioner:

So power balances within the next European Parliament might have a far greater effect on EU development policies than before. For this reason, it is more important than ever that we encourage everyone to vote in these elections, as it really is a chance to shape the future of Europe for the world we want for the next 5 years, and beyond!

What CONCORD feels we can achieve in these Elections

CONCORD firmly believes that there is a chance at these elections to create a better, fairer European Parliament. You can vote for a Parliament that puts its people first, which acts to include the voices of its citizens through greater consultation and dialogue, to create a truly representative European Union.

Inequality, both at home and abroad, is one of the great challenges that we face today. By voting for a European Union that puts tackling inequality as one of its core principles, you can help end the unfairness of tax fraud and avoidance, unsustainable use of resources and climate change.

The new European Parliament has a chance to reinvent the European social model, to create one that will put Europe on a stronger and fairer footing in the world. You can help put justice, human rights, inequality and policy coherence for development at the top of the EU agenda, to help fight for a fairer world for all.

This is within our grasp! All it takes is one vote over the next few days! We can see in these videos interviews below with Southern partners the impact that Europe can have on the world, and why it is important to vote for a Europe that is fair for all!

So let’s stay tuned these last days, each single vote counts: Your vote, of your family, friends and colleagues. Let’s spread again the word why these elections matter for the #Europewewant!