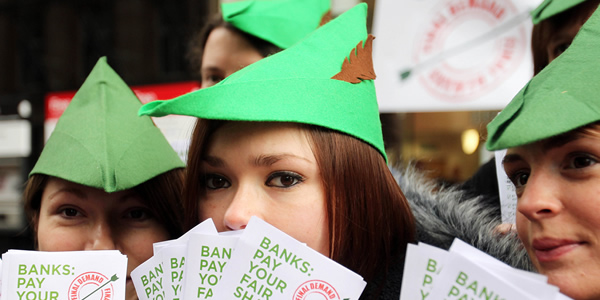 Want to do something to end poverty? Ask your MEP to be coherent!

Eradicating global poverty is the primary objective of the European Union when it comes to cooperation with developing countries. At least it should be.

Perhaps the first thing you think of when it comes to policies to eradicate poverty is aid. The European Commission and the Member States together are the biggest aid donors in the world. Developing countries appreciate and need European aid, and we can all be proud of this.

But development is not just about aid.

From the perspective of the developing countries, Europe is also known for its subsidies to European farmers and companies that local farmers and businesses cannot compete with, its tax havens that enable European companies to dodge taxes they should have paid to the developing countries they operate in, its low tariffs to export to Europe, its companies that grab vast areas of land to produce biofuels or extract raw materials with devastating impacts on local communities, its migration policies detrimental impact on migrants’ rights … all of which fuel injustice, poverty and human rights violations.

Sadly, Europe is giving with one hand and taking with the other hand. What is the logic in that?

On paper, things look pretty good: the EU Treaty says that for any decisions taken in the EU that could have consequences for developing countries, policy-makers must ask themselves whether their decision will contribute to worsen or improve the living conditions of the millions of people in poverty. This principle recognizes the fact that in a globalized world, many of the problems and their solutions are deeply interconnected and cannot be addressed unilaterally. For example, climate change, tax evasion, food security and nutrition are problems that need to be addressed at the global level. It would not make sense to oppose EU citizens and citizens of developing countries.

Given the wording in the EU Treaty, one would expect that policy-makers take the policy options that are the most favourable to both European and developing countries’ citizens… is that being a bit too optimistic?

Will you vote for an MEP who will lift Europe’s obstacles to the mobilization of domestic financial resources by developing countries?

It doesn’t take much to understand that global poverty cannot be solved by aid alone.

More funding and resources are needed to address the essentials and the gaps of development. Money could be mobilized from within developing countries themselves through improved national taxation and trade tariffs. Money could also come from a financial transaction tax, and other innovative financing mechanisms.

So, what is the EU doing about this?

Take for example combating tax dodging by European companies. In the current situation, at least US$859 billion escaped developing countries in 2010 alone, through illicit financial flows. Thus, the world’s poorest countries have been losing around US$100 billion every year, because of tax dodging by EU companies and other transnational corporations, due to insufficient international and European tax policies.

Recently, the EU has made promising moves backed up by a strong political signal from the Heads of States of all EU Member States calling for “taking effective steps to fight tax evasion and tax fraud” in 2013.  The EU, with the large support of the European Parliament, now requires companies in the forestry, extractive and banking sectors to provide a full picture of their actual economic performance for every country in which they trade, which allows tax authorities both in Europe and in developing countries to detect suspicious transactions and collect revenues by making these companies pay a fair share of their profits. The challenge is now to extend this obligation to all large companies in all sectors.

To know more about the EP vote on the Directive on Transparency requirements in relation to information about issuers whose securities are admitted to trading on a regulated market, see: http://www.votewatch.eu/en/transparency-requirements-in-relation-to-information-about-issuers-whose-securities-are-admitted-to-.html

and on the directive on Financial statements and related reports of certain types of undertakings, see: http://www.votewatch.eu/en/financial-statements-and-related-reports-of-certain-types-of-undertakings-draft-legislative-resoluti.html

Money-laundering is another form of tax avoidance

European banks may receive dirty money (from drugs, terrorism, tax evasion) from anonymous companies and wealthy individuals, who may shift money from developing countries to avoid paying taxes. Secrecy on the real “beneficial owners” is the actual problem here. On this topic, the European Parliament adopted a very progressive position in March 2013 calling for the establishment of public registries in each Member State. Divergent views persist amongst EU Member States ministers on whether and how to collect such information and make it available to the public. A final decision on this new European law is expected at the end of the year.

To know more about the EP vote on anti-money laundering: http://www.votewatch.eu/en/prevention-of-the-use-of-the-financial-system-for-the-purpose-of-money-laundering-and-terrorist-fina.html  (specifically EP amendment to article 29).

As former UN secretary General Kofi Annan puts it, “tax avoidance and evasion are global issues that affect us all. For G8 governments it is a loss of revenue. But in Africa, it has a direct impact on the lives of mothers and children”.

Will you vote for an MEP who will lift Europe’s obstacles to the sustainable development of developing countries?

The answer is not black and white but there are striking examples of European decisions which clearly contribute to further marginalizing developing countries.

One of them is the recent reform of the EU Common Agriculture Policy (CAP). Despite a very positive contribution by the Parliament’s committee on development, at the time of voting in plenary, the reform ended up being mainly about supporting the competitiveness of the EU’s big agribusiness companies to the detriment of food security in developing countries and environmental protection as well as small scale farmers in Europe. Thus, the complex European subsidy system (export refunds and direct aid payments) remains in place and allows the dumping of cheap European agricultural products on the market of developing countries, at the expense of local farmers. The Parliament even refused to introduce a monitoring mechanism that would allow EU institutions and citizens to know how their agricultural policy actually affects developing countries. Is it so much better to hide our face in the sand?

To know more about the EP vote on abolishing export refunds under the CAP, see: http://www.votewatch.eu/en/decision-on-the-opening-of-and-mandate-for-interinstitutional-negotiations-on-common-organisation-of-56.html and on introducing a monitoring mechanism for external impacts: http://www.votewatch.eu/en/decision-on-the-opening-of-and-mandate-for-interinstitutional-negotiations-on-financing-management-a-32.html

Another area where EU decisions could further marginalise developing countries is in their climate policies, particularly the 2030 Climate and Energy Package. Climate change will and already is having a devastating effect on developing countries, particularly on the food security of the poorest people, and the EU undoubtedly does contribute this phenomenom. While the current proposal put forward by the Commission for emissions cuts of 40% by 2030 is not ambitious enough to address the climate crisis, we could count on a progressive position of the European Parliament in February this year. MEPs counter-proposed to increase the targets to introduce binding targets for greenhouse gas emission reductions, renewable energy development and energy savings. To see how outgoing MEPs voted on key climate votes and which MEP candidates have signed a pledge of climate ambition click here. The fight is not over though and the EU environment ministers still need to come up with their position later this year.

DARE TO BE COHERENT!

So, why is the EU acting incoherently?

Clearly, there are vested interests that are difficult to part with and many policy makers still maintain a vision of Europe separated from the rest of the world. Being coherent is a matter of political will and forward thinking. The world has changed; business as usual is no option and we need policy-makers who dare to embark on alternative routes, and to promote a vision of a more balanced and fair world relations where each has a role to play and should not be denied the opportunity to explore its full potential.