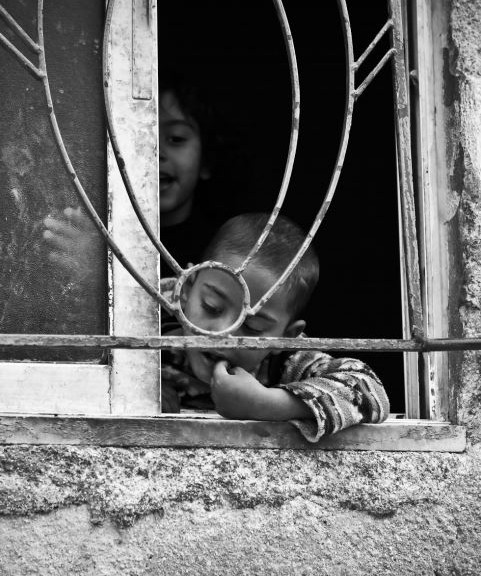 ‘If I could, I would rebuild my country Syria. I would put the smile back on its face, without a drop of hatred. Even though I’ve lost hope in any future, still I will dream. My dreams are to continue my education in the field of law and to become a lawyer and defend the oppressed. I want to raise my voice to the entire world”, explained 16-year-old Hasan in World Vision’s Our Uncertain Future report.

Hasan’s message to the international community echoes the need for peace and stability in Syria. The report, was written and researched by Syrian refugee children three years after the conflict began. It calls upon global leaders and influencers to work together to stop the fighting, and to allow the international community “the chance to take part in relief efforts and help other Syrian refugees.”

The children’s findings and recommendations are testament to the vulnerabilities they face daily. The report references child marriage, financial insecurity and violence as main concerns for children. An alarming 86% of Syrian children interviewed said that they had been exposed to violence. Insecurity and fear dominates their lives – “We fled the flames of war, only to find ourselves surrounded by danger, explosions, kidnapping and theft. We are unable to live peacefully’ said 15-year-old Ibtissam.

As the largest donors in the region, World Vision believes the European Union and its Member States have the means and the political power to make the needs of Syrian children, a top priority.

“We thank the EU and its Member States for their support for Syria’s children and particularly Commissioner Georgieva in tirelessly ‘championing’ the children of Syria as a driving member of the #NoLostGeneration campaign,” said World Vision’s EU Representative Marius Wanders.

“However, we must continue and intensify our efforts, listen to the voices of Syrian children, and remember that we and Syria cannot afford to lose this generation.”