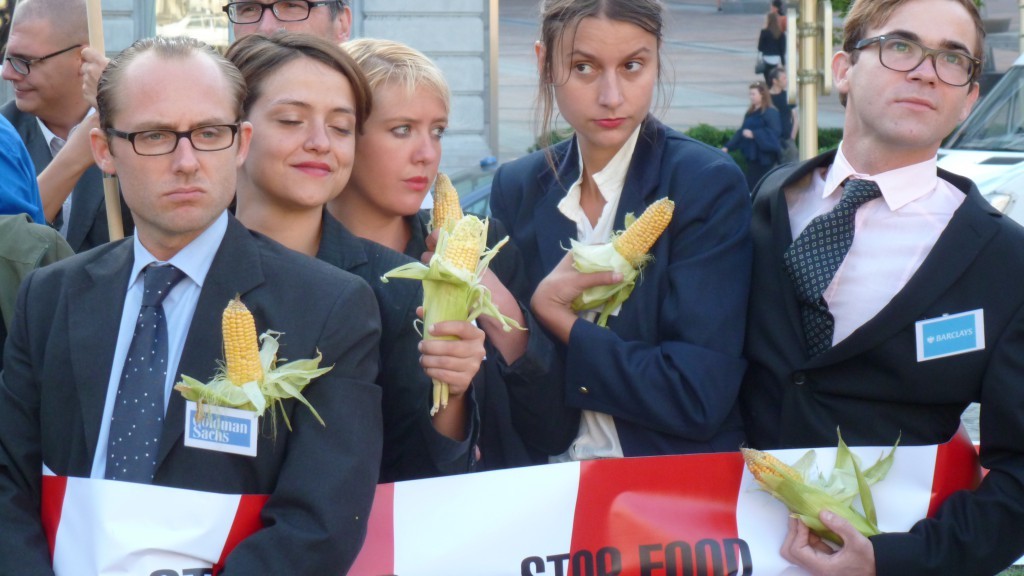 This May, you have the chance to make the Europe you want.

As millions of Europeans from all 28 EU states head to the polls to elect who they want to represent them in the European Parliament for the next five years, it is important we all think about what this election could mean for the EU and the world.

Tough times lie ahead for the poorest people, both in Europe and beyond. And so, more than ever, the European Union should provide the leadership necessary to overcome challenges such as poverty, climate change and the growing gap between the rich and poor. At a time when the world’s 85 richest people own the same wealth as the planet’s bottom half, this final point is more crucial than ever.

Members of the European Parliament (MEPs) play an important role in defining that agenda, so before casting your vote, it is vital to ask what your candidate stands for.

We need tax systems that are both fair and transparent to create a more equal society. In practice this means that everyone should pay taxes according to their means and be able to find out who is playing by the rules and who isn’t.

With high profile cases of multinational companies, such as Apple and Zara, continuing to come to light, the fight for governments to clamp down on the injustice of tax evasion and avoidance continues. The European Parliament has to be at the centre of this, pushing for fairer policies which prevent the loss of billions in illicit flows which steal money from vital public services, such as schools and hospitals, in both Europe and the developing world.

Frighteningly, a staggering $18.5 trillion by wealthy individuals is hidden in offshore. And two-thirds of this money (more than €9.5 trillion) is hidden in EU related tax havens. This means that tax havens in the EU or under its jurisdiction, such as Luxembourg, Andorra or Malta, are facilitating the loss of over €80 billion in tax revenues worldwide.

In a similar way, the European Parliament can act to ensure that food is on the plates of every European and beyond. With over 70% of EU-imported foodoriginating in the climate vulnerable developing world, the Parliament should take a firm stance on climate action, a topic which is also currently being debated at EU level. Your candidate should be able to stand up to dirty old energy industries which consistently represent their interests over those of the people. By pushing through the EU 2030 Climate & Energy package, and showing a willingness to increase emission reduction targets to at least 55%, MEPs can make a real difference in halting the degradation of agricultural land in the developing world,currently gravely under threat from climate change.

The same goes for the European Union’s misguided biofuels policy, which is not only redirecting food for fuel and ramping up greenhouse gas emissions, but also forcing people off their land. Any MEP must be ready to stand against this preposterous rule.

Finally, as the largest overseas aid donor in the world, Europe must continue its work to support a human-rights based development approach in all developing countries. Newly-elected MEPs should ensure that the EU as a bloc has the resources to do so, by resisting the privatisation of aid and by pressuring governments to meet their existing promises to spend 0.7% of their national income as overseas aid, and deliver extra resources to help poor countries cope with increasing climate impacts.

Making sure that all candidates have justifiable answers to these issues is important. By putting climate and development high on the agenda this May we can assure that the Europe we get is a Europe which represents the needs of the people and the planet.